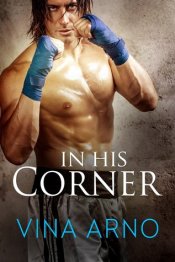 No sex for almost a year could kill a guy, but when you’re the boxer known as the Juggernaut, it’s the price you pay for turning pro. Tommy’s fully dedicated to his craft, until he meets the incredibly gorgeous Dr. Siena Carr. Now he’s looking forward to taking on this prim and proper lady in a wet and wild workout…

Siena has seen many patients come through the ER, but none as sexy as Tommy Raines. With a nasty cut over his eye, she knows he needs stitches, but after he takes off his shirt, she needs some air. With rock-hard abs and taut biceps, it’s clear this man takes care of his body. And all Siena can think about is letting him take care of hers…

I received a free copy of this book in exchange for an honest review. This in no way influences my opinion of the work.

“She was around five-foot-three and probably weighed 110 pounds. He could bench-press two of her. It would be nice to “power lift” her onto his bed.”

Before I say anything about the actual story, let’s all take a moment to appreciate the guy on the cover who bares a strong resemblance to Jake Gyllenhaal (as Dastan) in Prince of Persia. Much appreciated. Fun Fact: This is basically how I imagined Tommy Raines. 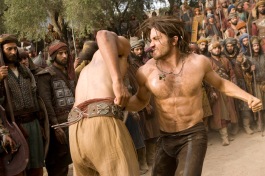 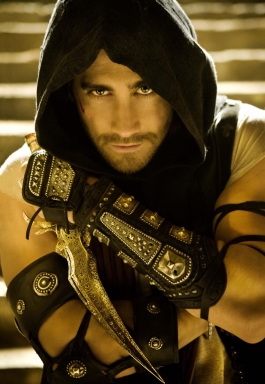 Now that the ogling is out of the way, I have to say that this story was a little lackluster. Romance novels are a guilty pleasure of mine. They are mostly predictable and somewhat raunchy, but they are incredibly fun to read. Unfortunately, this one was just a little too tame. It needed something more.

Initially, I was surprised at how quickly things escalated between Siena and Tommy on their first date, but it seems like everything became very mild after that. If you read the book, you’ll know what moment I’m talking about. I’ll probably be reminded of it the next time I sit on one of those high stools at the bar.

On another note, I really liked the author’s writing. It didn’t go on and on about unnecessary details and it always got to the point. There weren’t a thousand silly words to describe their private parts (that always cracks me up) and useless metaphors about a flower blooming or a cascading waterfall, when the girl just wants to have sex. That was refreshing to see in a romance novel. I also liked how Tommy never “growled”. In other books, the alpha males are always “growling” or “grunting in approval” and doing other caveman-type things… but this book stayed clear of that. Thank goodness. And it was very quick to read.

What I did not like is how the relationship seemed completely based on physical attraction. I didn’t feel the connection on an emotional level, even though the characters were claiming otherwise. I just didn’t see it. Also, I could not stand Siena. And it’s very hard to enjoy a book when the protagonist is extremely annoying. I mean, I didn’t like how often Tommy called her a snob (because that’s kind of rude), but she is actually such a snob that I stopped caring about that.

The highlight of this book is the fact that Tommy is an alpha male in the best way possible. He doesn’t try to be an alpha. He’s not trying to control his love interest. He takes life in stride, and he seems a lot more realistic than most male characters these days. He’s just a kind boy who likes to brawl and have a good time.

For all intents and purposes, this is a good book to read when you want some quick entertainment. This is not the type of story you get particularly attached to. It’s just something fun and simple. A guilty pleasure.

★★★ (3.5 stars) for Tommy. I wouldn’t mind reading a more developed story about his character, preferably with Siena out of the picture.

One thought on “Book Review: In His Corner by Vina Arno”